Als u op de foto klikt krijgt u meer informatie over de pony./If you click on the pictures, you can see more of that pony. 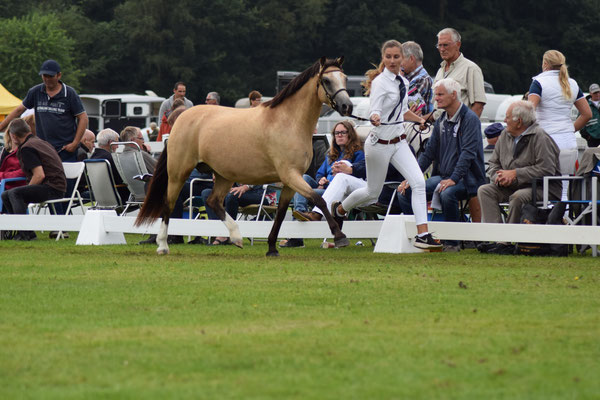 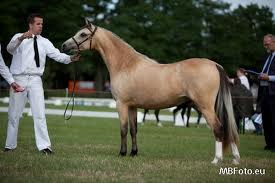 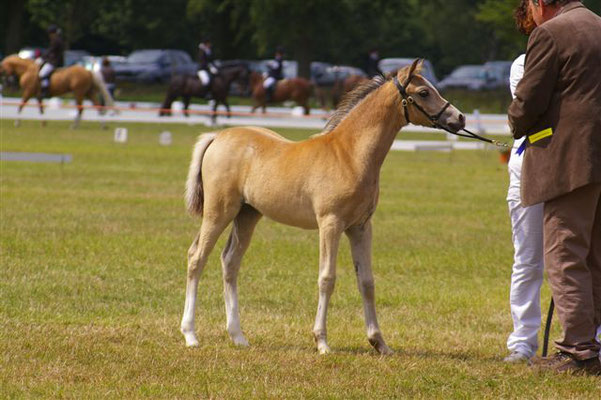 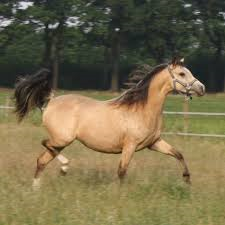 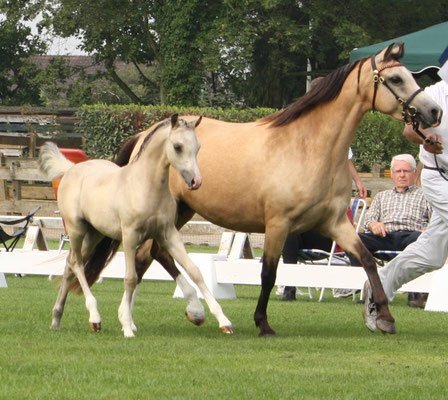 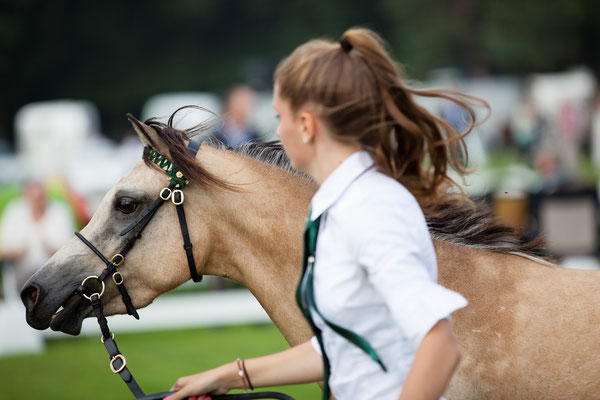 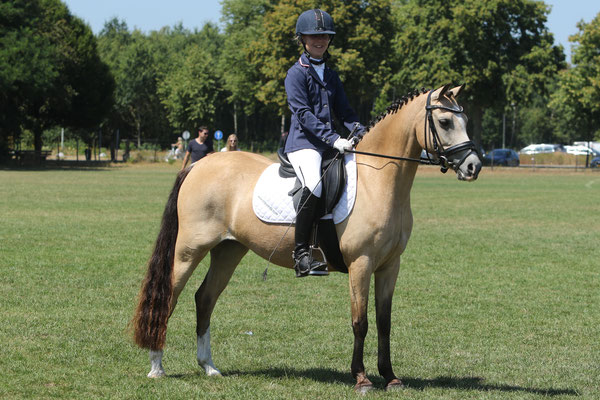 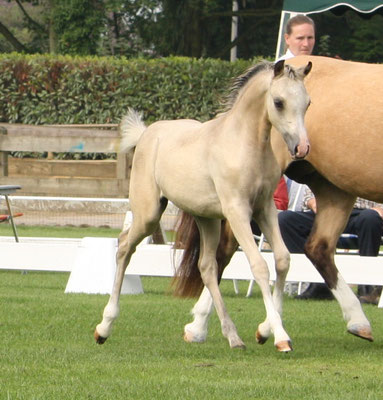 2013 - First Regional and National in her Class + STER

After 2016 Delyth hasn't been shown in hand.

She is professionally broken in 2016 and ridden by Tessa van Hemert and was leased out to Anoek Blonk (atm 11 y.o.) she has succesfully shown Delyth and they entered succesfully the IBOP therefor Delyth is now KROON. Delyth and Anouk are M-dressage and B-showjumping and getting better every time jumping.

We bred 4 foals by her, they all received a first premium as a foal. Buitenklaver's Dancing Pixels, 2016, colt, was bred by us but born by Claire van der Geer & Tessa van Hemert. He became a star colt at the Stallion Grading Show in 2019!

Oostdijk's Dancing Delyth 'kroon, sport, preferent', is also the dam of now 4-year old Oostdijk's Dancing Destiny, ster (by Fairywood Tomboy) she became "STAR" and got a 3th place at the National Show, she also won a few Championships at other shows in Holland and Belgium.

Because of her succesfull offspring Delyth received enough points to get the PREFERENT predicate after only 4!! foals! This is an unique achievement.

Delyth is sold to a loving new family in the south of Italy in May 2019. We wish her new family a lot of pleasure and fun with this lovely girl. We will miss her!